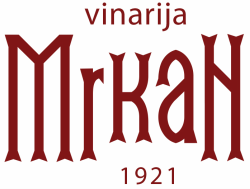 The winery is situated in the village of Suvodoli - Rvasi, that is part of the Skadar Lake national park. The distance to Podgorica, the capital city is some 25 km. This place characterized by very favorable Mediterranean climate with plenty of sunny days in a year has long been known for production of top quality craft wines and brandy. The cult of grape has been sung in oral national poems, carried from generation to generation, representing friendship, unity and celebration. The formal founding of the winery is impossible to determine, it has been present as a family tradition and craft for centuries, with all the secrets of the trade of producing top quality wines carried down from generation to generation.
Only in the 1950s did our wine start to appear in the public, earning recognitions and awards at wine fairs across then-Yugoslavia. Among many who have recognized the originality of our brand and became regular consumers of our wines was Josip Broz Tito, who's affection for Mrkan wines would continue for the next 20 years. Apart from participating at manifestations and fairs, our winery has participated at and supported many cultural and historical events of significance in the region. One such event was the celebration of the Sutjeska battle, at  Tjentište, a battle of great significance for the Montenegrin state, where Mrkan wines and brandy were exclusively served to all officials.

Lately, the winery has undergone a modernization process, through materials, mechanization and equipment in the wine cellars, but the core principles and methods of production have remained strictly traditional. Numerous awards, such as multiple champions cups, gold and grand gold medals from Novi Sad International Fair, recognitions from Budva Fair, participation at international events of significance for viticulture such as Belgrade Wine Salon, cooperation with entities such as Montenegro's Chamber of Economy are but a part of campaign to bring our winery closer to the public, to enable wider circle of people to become part of a story of producing top quality wines, but also to support and promote traditional and original values -  values often neglected in contemporary society.

Although the winery's core processes are strictly traditional, modern technologies have ensured that all contemporary standards for wine production are met. Today, we posses the following certifications: